Sometimes trying to piece together what happened at swims from the pictures taken, can get a little confusing.  I thought the spelling was Bulman, but then wasn’t sure if it was Bullman or Bull Man.  Siobhan Russell did her usual fantastic job and by all accounts, it was a great event.  That wasn’t where my problems lay – it was in the extra pictures I found referring to bulls and swims.  Anyway, I worked out the order and what was happening in the pictures – I think.

Firstly, Finbarr reconfirmed his Myrtlevillian credentials and introduced his family.

Finbarr and his gang from Myrtleville. Myrtlevillians Abú, says the Big Man.

From comments on the web, it seems Ned Denison was being unusually lenient in allowing last-minute entrants.  The arrival of a large group of same was spotted by Finbarr.

It’s fair to say that there was some concern on the faces of other swimmers when they realised that the new group was being allowed to enter.

Representations were made to Ned by Gary and Landy, but Ned felt he couldn’t turn down the late-comers – although he was a bit dubious about it as he eyed them up.

It’s from here on that the pictures and Bulman vs. Bullman confusion caught me out.  I think the shot of the start below confirms the late entrants just took over and it’s Bullman and not Bulman.  That’s definitely Rob Bohane leading out – sure, who else?

Safety cover from Tom was superb as always – although it’s a different boat to usual.  Lots of drafting going on too.

Hope I pieced this together properly.  Here’s a few more nice shots from the day – in no particular order. 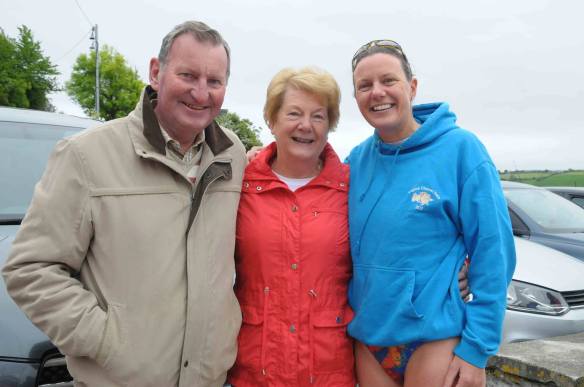 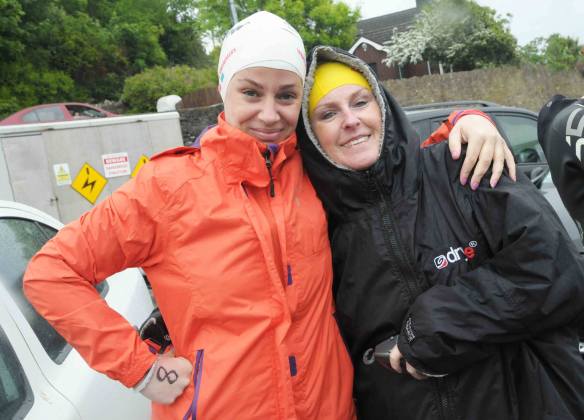