The members of the Secret Six Swimmers have been keeping their preparations very low-profile.  So low-profile, in fact, that many of their fellow swimmers don’t know they are preparing for a big event and those who do “know” are only repeating rumours they heard – mostly spread by Denis.  Unlike the regular updates on the activities of the Myrtle Turtles in 2016, the Six have shunned the limelight, thus far.

Thankfully, however, they have now issued a press-release so the vacuum of news has been filled.  That’s a relief, as we here at the world’s leading news site for swimmy stuff nobody else has thought up yet, were about to make up something.  Heaven forbid.

Reading the clearly well-thought-out and highly-informative release, it might strike you that the Six aren’t quite prepared to share too much information as yet.  Redactions are as per the provided release, which was dropped in one of our reporters swim bag when he was distracted by cakes down at the beach. 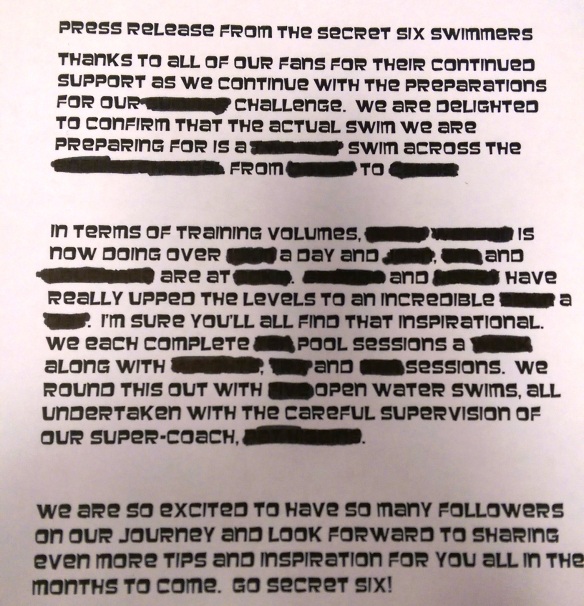