The girl in question from yesterday’s quiz was pictured in 1974 with her cousin, Tricia Dwane.  Her name is Staunton, but she’s better known to all of us as our shining star, Mrs. Siobhan Russell. 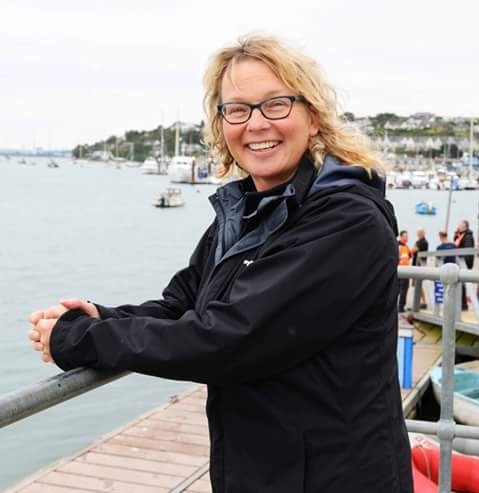 Also, for music junkies, Dave Stewart appears in the video escorted by a variety of guest stars including Cheryl Baker and Jay Aston of Bucks Fizz, Kiki Dee, Hazel O’Connor, Kate Garner of Haysi Fantayzee and all four members of Bananarama (including Stewart’s future wife, Siobhan Fahey and future group member Jacquie O’Sullivan who would replace Fahey in Bananarama in 1988). The gender-bending pop star Marilyn also makes an appearance in the video as another of Stewart’s escorts.

By the way, Ms. Lennox  also appears as a man and in the last scene is actually kissing herself in male and female guises.  Mad stuff for 1983!

Now, get back to swimming.  Here’s another gratuitous shower shot to get you in the mood.  Or – given the model – put you off your breakfast.