The following series of texts occurred after the Irish match on Monday:

FH to DON: What time is the swim on Saturday?

DON: 3pm.  Your absence will not be accepted.

FH: I feel kinda invested in it now that I watched the first game.

DON: Yes and you’ve nothing invested in swimming, of course.  I will pillory you from a height on the website if you miss the swim for soccer.   I will also tell Donal Buckley and set him on you.

There was no reply……

So, as you can see, threats against Mr. Finbarr were issued.  This article is to apologise for those threats.  Little did I know just how invested in soccer he really is.  I googled “What the f*@k does Mr. Finbarr know about soccer?” and was amazed to find several examples of the Hedderman soccer investiture.

There was Finbarr at a post-match press conference on Monday with his buddy, Martin: 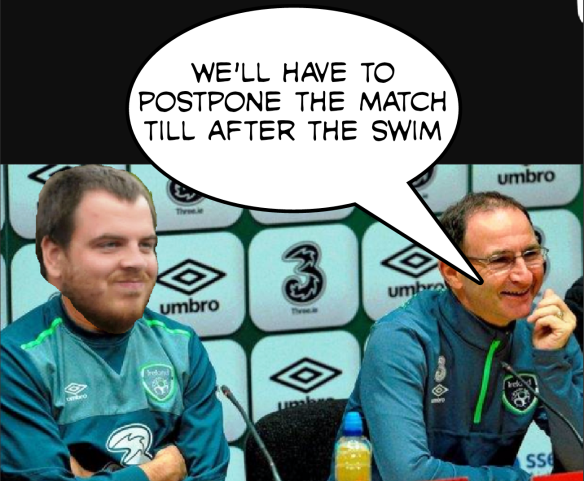 Unfortunately, there were some signs of strife in the camp when Roy was asked about the postponement at a later conference.  Apparently there’s some bad blood between Roy and our hero, due to Finbarr’s insistence that Roy call him Mister. 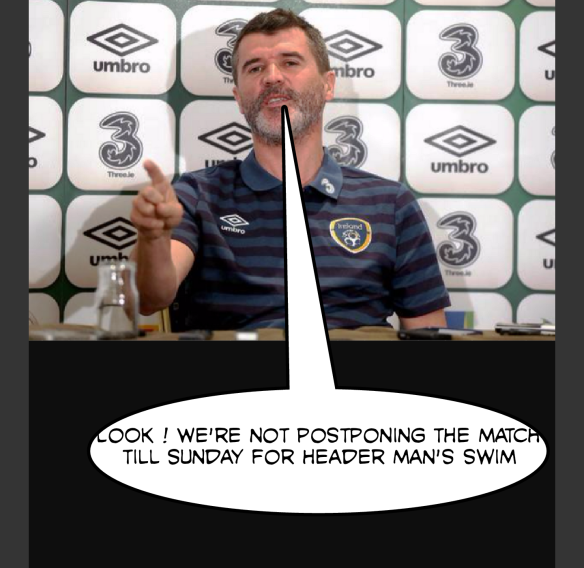 There was an old shot of Finbarr with his Three Amigos. 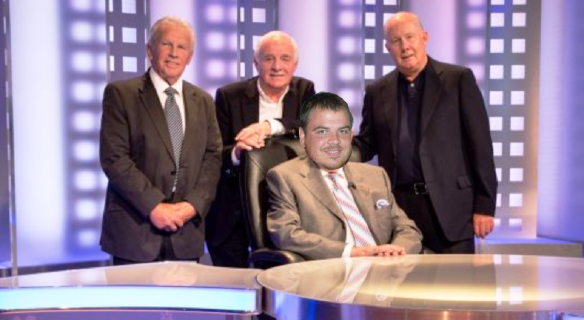 And there was even one of Mr. Finbarr and Roy in happier times when they used to swim together.  Roy’s an awful man for falling out with fellas.  You can see he was starting to get a bit thick with Finbarr in this one.  He also quite fancied the look of Finbarr’s beard, I’d say – put a thought in his head about his own hirsuteness. 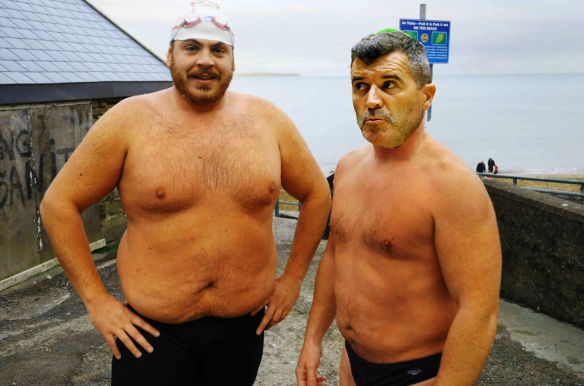 Even with all this evidence connecting him to soccer, I couldn’t begin to post the millions of pictures connecting Mr. Finbarr to swimming that are to be found on the web.  So, soccer or no soccer.  Match or no match. Invested or not invested – get entered now on Active.

See you on Saturday – and I’m talking to YOU, Mr. Finbarr.