Saturday morning’s swim was fantastic, with newcomers, visitors from Dublin and Australia and several returnees after Winter breaks.

Ruth Deane emerges from hibernation, joining Ann Jordan on her first visit to Myrtleville and Diane Neaves who just isn’t going to let the cold win – going for the wetsuit and cardi look.

A group of fourteen went across to Fountainstown by car and swam back.  Several were doing this trip for the first time and more experienced swimmers went along behind them to encourage and support.  Just how it should be done. I happened to be standing in the water as Marie Watson touched the beach in Myrtleville and her smile was great to see.   It is an achievement and – of course – qualifies you to enter for the RNLI swim on July 4, so get entered! Well done to all. 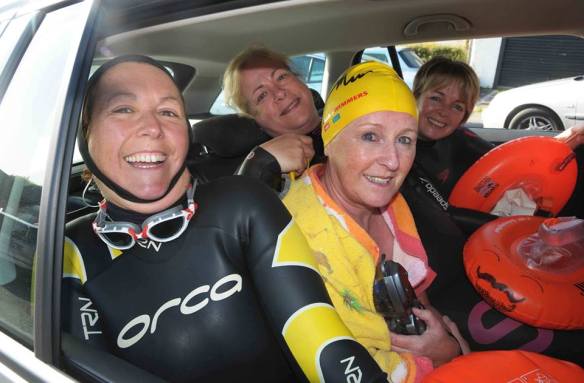 Joshua Wheeler made contact from Melbourne in April to say he was going to be visiting his in-laws in Myrtleville and would like a swim with the group.  Thanks to Anders Inglesten who loaned him a wetsuit.  Joshua might have been cursing Anders as he put his head in the water for the first time, though.  A bit chillier than the current Melbourne temp he said (or “bloody freezing” for short). 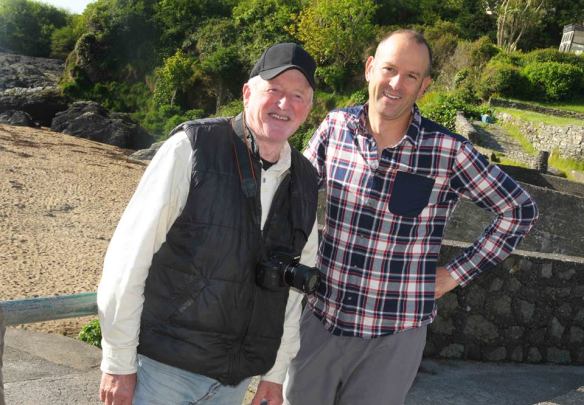 It really was a case of spot the personalities around the beach on Saturday. 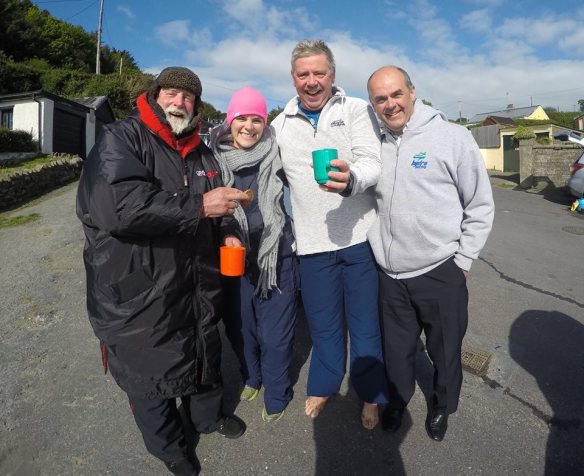 Look, there’s Mike Harris, oh and Gwen Burchell and look, look – that’s yer man Lynch. Who’s that other guy with the cup, though?

OK, OK, Fergal Somerville – the Chanimal – was down from Dublin too.  If you know anyone in Dublin thinking of doing long swims, point them towards Fergal’s new support initiative here for Dublin Distance Dippers.  Keep swimming and always Swim Safe.