There’s a steady stream of returnees at each session now.  There were a few down on Saturday and more last night.   Just as an aside, Sean Foley is 100% committed to coming down for his first sea swim next Saturday.  He promises.  No pressure.  He did promise, though.  He wouldn’t lie.  Or back out. 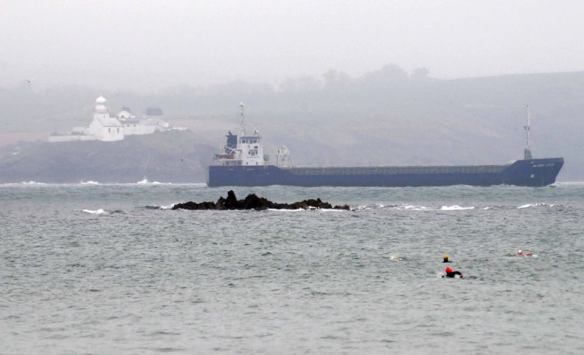 Rory Galvin was back for his first swim – note innovative use of finger to denote said first swim.  He’s sorted for the next nineteen, but not sure what he’ll do then.

Diane Neaves reckoned her first dip of the year was a double-thumbs-up effort.  Can’t beat enthusiasm 🙂 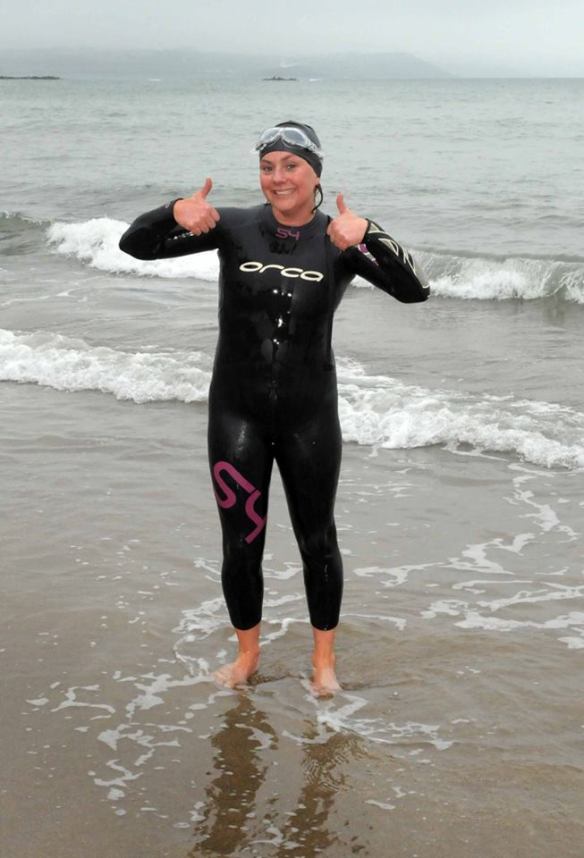 Bernard and Carol were also encouraging a newcomer who needed a bit of guidance. He used to swim in some other place but there’s nobody left there now, he said.  He was a bit fed up when they left him alone last night too – bloody speedsters. 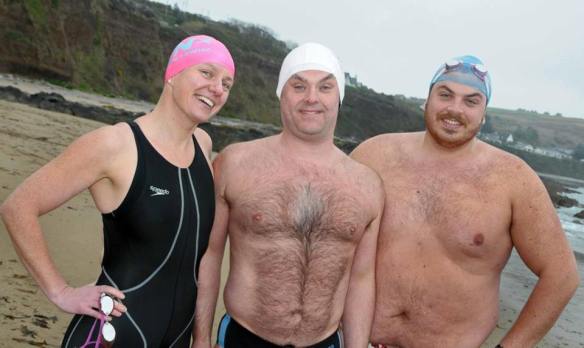 The sea stayed in double figures at about 10.2c.  Good conditions to get back in.  Although, with an Easterly forecast, it will probably go back down again, so swim quickly to stay warm.  No Selfies.  Gordon.