There’s always a few sub-plots going on at any event.  You just have to look carefully.

All the top athletes know that it’s important to take a break from training every now and then.  I think we can all safely assume Denis decided it was time for a break on Saturday night.  I’m not 100% sure what Anne is reacting to, but I can’t see Denis’ other hand either.

Mr. Cregan-Condon – on a break.

In fairness to him, he still has all the moves, though – once he puts on that jacket, there’s no stopping him – irresistible charm.

Finbarr Hedderman won an award for his North Channel swim.  People were amazed when he went up to collect it.  I can see why.  Honestly, I’ve never seem him looking so good.

Finbarr went all out to prepare for the night.

The night went on, as they tend to do.  One of the organisers thought the Myrtleville table was getting unruly so he tried to remove the source of celebration. 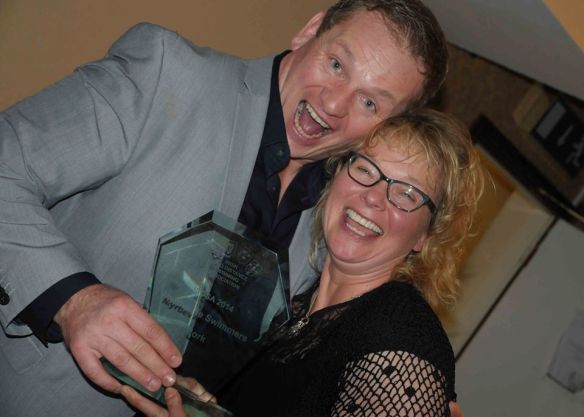 Ger Kennedy tries to take it back but Siobhan has both hands on the award.

Kieran Murphy soon won him round to our point of view.

I just hope Ger didn’t see what Kieran was doing with the hat just before he put it on…I hear Tea Tree shampoo is very effective, Ger.

And so to the morning after the night before.  Lots of big talk about the swim at 12.00.  How many of our crowd showed up?

Must have been a good night. Two of them managed to make it to the swim. Two!

Still, the two who made it soon had reason to think the others might have got it right.

Delicate as a butterfly, practicing how to slide and glide in the waves in Bray.

A night to remember.  Just to be fair, here’s some really nice pictures of everyone in their finery – Mermaids et al. 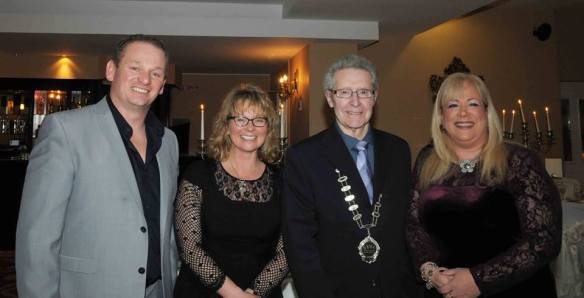 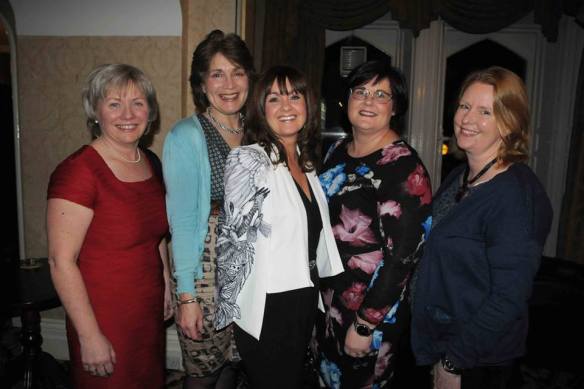 Siobhan gets the speech done – with support. 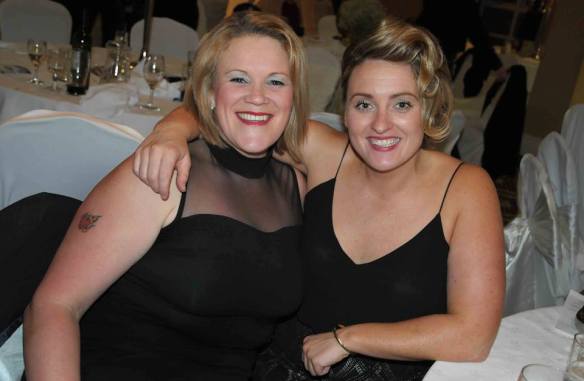