The playboy junior crime boss was just too blatant in flaunting his wealth from the Shower in a Can scam and ostentatiously wearing emerald-encrusted green Santa hats, while smoking cigars.  The brave Boys in Shades were acting on information received from reputable sources (they read myrtlevilleswimmers.com regularly). 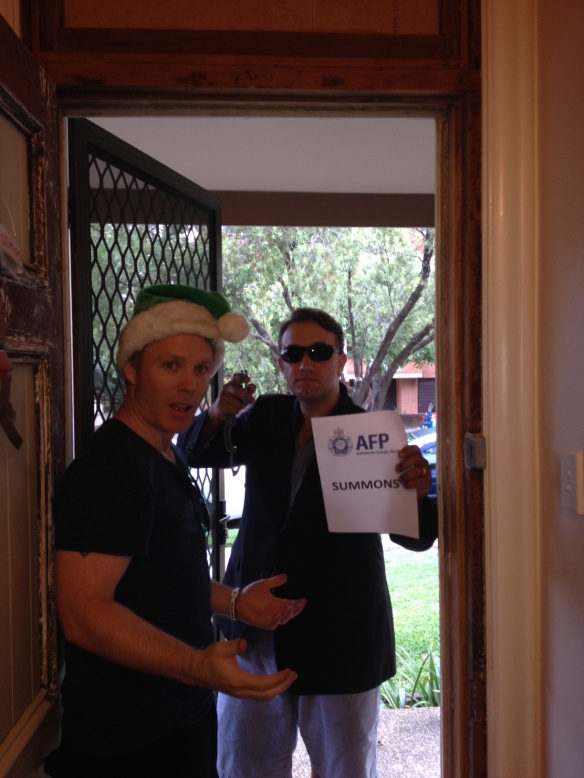 Daniel Cregan-Condon in shock as the AFP raid the gaff. 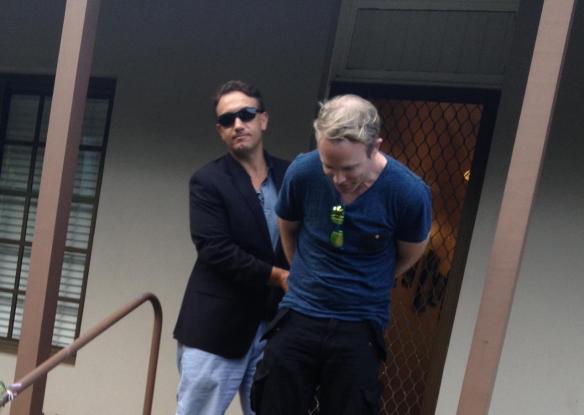 Charges are pending in Australia and an extradition request from Ireland is expected(specifically, from down near Kinsale).  Contacted by this column, Lady Lala, the Harris Shower legal representative, commented, “While it was sad to see anyone jailed at this time of year, I feel sure Daniel Cregan-Condon will still get a Christmas dinner.  If not, let him eat cake”.

However – shockingly – rumours have already surfaced about plans by the Cregan-Condons to move their base of operations to Southern France.  With the head of the Clan, Denis Cregan-Condon still at large, who knows what the future holds for their international operations.