Bernard Lynch always maintained he’d know when Myrtleville became the acknowledged best swimming location – when Mike Harris came to swim there.  Bernard had a great day on Saturday when Mike arrived for the Turkey Swim…..

Mike Harris in Myrtleville – proudly snapped by B. Lynch.

Mike clearly also had a great day, because he came back on Sunday and brought Angela….

Angela & Mike Harris….(the forms are in the post, Angela – shhhh… 🙂

Two great swims in Myrtleville over the weekend – three, counting the 08.15 one on Saturday, which started with this…..

The 10.5c water was a relief after the cold on land!

Loads of pictures from Anne Sheehy and Siobhan Russell to post and I’ll get them up during the week.  Thanks to Carol for organising the swims this weekend. 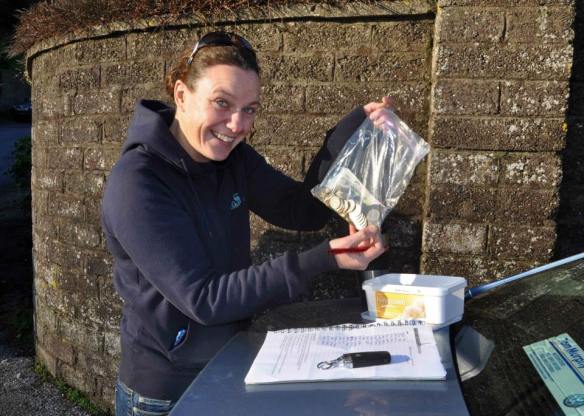 Carol in charge of the cash! 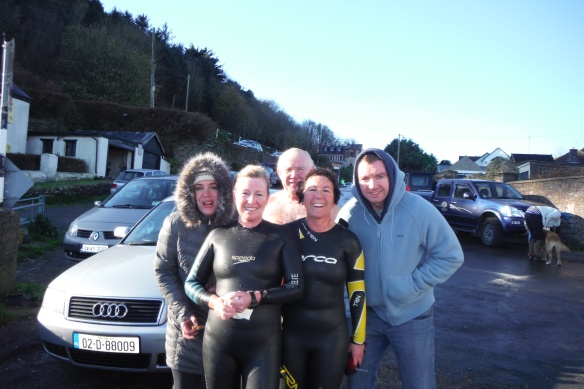