Denis Condon has been in touch to say he’s disappointed with the level of support being offered to our resettled Barnsleyian, Daniel Swagrzyk.

Daniel – Denis says – has made a decision to alter his body shape in a reductional fashion. Despite his acknowledged ability to walk on water, even Daniel can be improved, apparently.  Denis mentioned “two stone, or he’s out – that’s what I heard” – but surely that can’t be true. 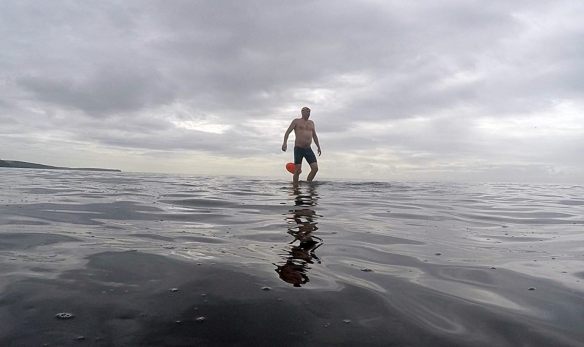 Denis is putting the call out for more vocal exhortations to support Daniel in his efforts.  He suggests encouraging Daniel with shouts of “Get on dat bike and up dat hill, ya fecker” whenever we meet him.

Rest assured, Daniel, your fellow Myrtlevillians are right behind you in your campaign.  With Denis reminding us daily, we’ll be shouting you on and looking forward to the day when we can have a massive BBQ – with cakes to celebrate your success.  Just a salad for you though, Denis said.