At a press conference this morning, the Myrtle Turtles Channel Relay Team announced the selection of http://www.myrtlevilleswimmers.com as their worldwide media partner.  The battle for media rights had reached fever pitch, but this announcement means the team can now focus on training and I can focus on making things up about the training. 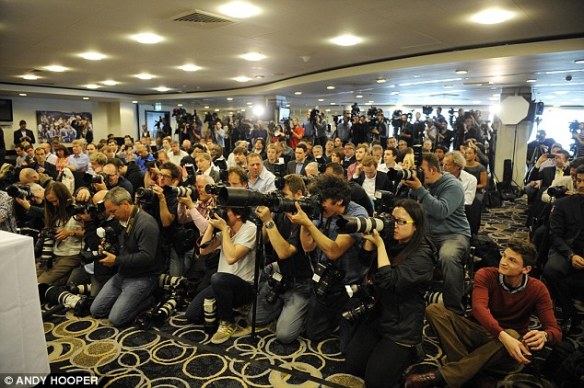 The scene at the Myrtle Turtles press conference this morning.

The team is guided and managed by Maeve Mulcahy and made up of Anne Sheehy, Eilish Leader, Ros O’Brien, Caitriona Kehily and a token male, Eoin Lowry (only selected due to gender quotas).

Picture with thanks to Kieran Murphy.

Their Channel slot is the first slot July 10-18, 2016.  We’ll provide more details on the boat etc. later.  The team will be fundraising for Marymount Hospice and the Irish Kidney Association.

While a Facebook page is planned, the real facts (or interpretations of what might or might not be facts) behind the whole adventure will be found here, EXCLUSIVELY.

Good luck to all of the famous five.  This is going to be fantastic 🙂