It’s great to see an ever-growing group of swimmers doing their first 2km swim to or from Fountainstown and others moving on to 4km as well.  Breda Maguire did her first swim to Fountainstown last week, guided by local Swimming Sherpa, Denis Condon.

Denis has got very fancy with his gear and he mapped the swim.  Unfortunately, his little secret was exposed by the map.  Denis has what might be called “a minor fear of Jellies”.  Or “a terror-filled phobia”, if you prefer.  As you can see from the map below, he spotted a few over near Fountainstown, exited the water sharpish until he was sure he was past them, then hopped back in again before Breda noticed he was gone.  Technology – it always catches you out in the end. 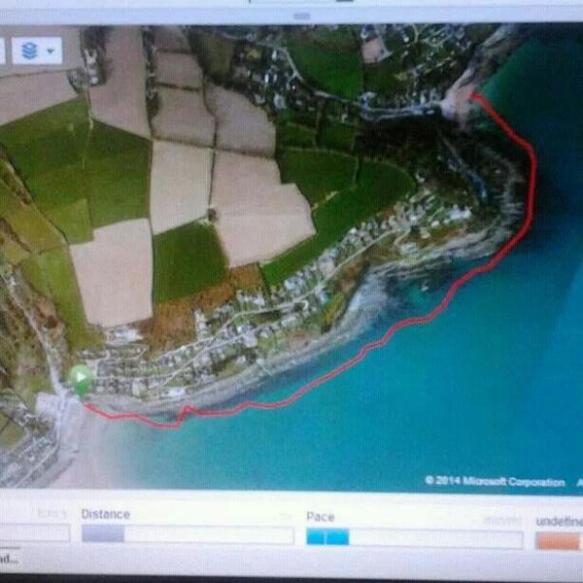 Well done, Breda and I know Denis is in demand from other swimmers stepping up their distances.  Jokes aside, he’s a great source of encouragement for everyone.  Good man, Denis – here’s one for you 🙂