I saw an article saying that the Irish coastline has lost up to two metres in soil in various areas during the Winter storms.   A couple of weeks ago, Siobhan was employing her waterproof camera.  The shot below of Rob McFadden gives a good view on the right – his left – of the battering the cliff in Myrtleville has taken from the storms. 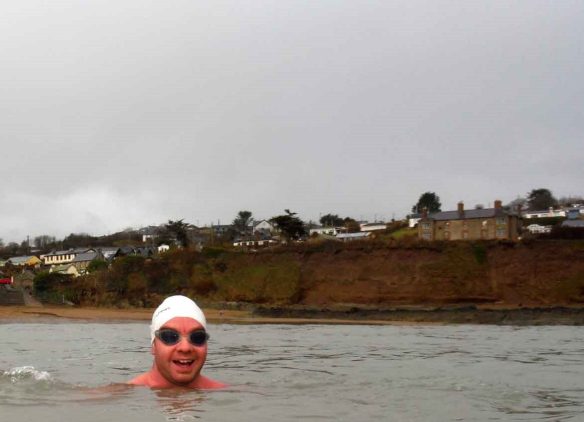 Rob gets the waterproof camera treatment – but is shunted to the side to show the erosion!

When you look at it from the sea, it does look like there’s a good bit of soil gone there.

I also came across this site from UCC on coastal erosion, which specifically references the Myrtleville cliffs as susceptible to erosion.