It’s with great disappointment that we have to announce that Liam Maher’s swim from Sunday must be stricken from the record books.  Following an objection from unnamed parties of blatant drafting, the Committee For The Consideration Of Spurious Complaints And Investigation Of Potentially Underhand Matters In Open Water Swimming (CFTCOSCAIOPUMIOWS) has ruled that the evidence favours the removal of Mr. Maher’s name from the roll of honour for this swim.

The committee ruling was supported by the following photographic evidence: 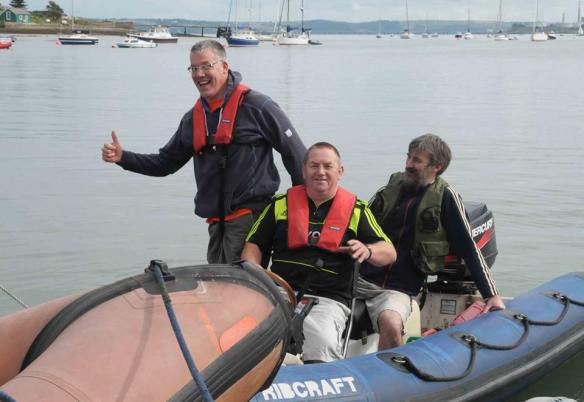 Liam arriving at the start of the swim. Just look at him – you’d know he was up to something. 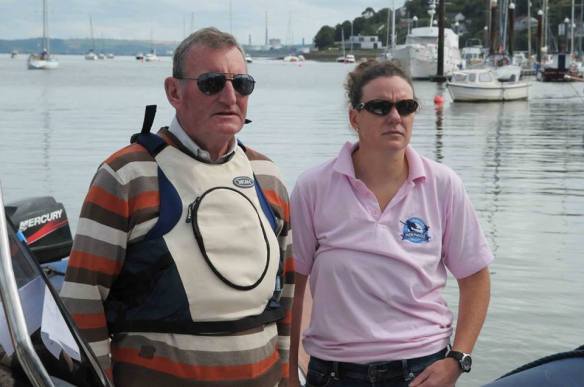 Experienced swim observers, witnessing the Maher arrival, were unimpressed. They could tell….

Liam had been honest about his lack of training during the Summer and the fact that the distance was daunting.  As the swim began, his strategy took shape. 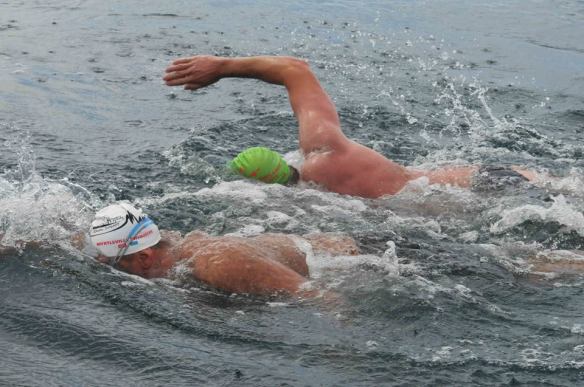 Liam, tow rope in place.  “Clung to me, he was. Feckin’ clung to me,” an unnamed party was quoted as saying.

More startling than the allegations of rampant, blatant, unapologetic drafting was the as yet unconfirmed report that Mr. Maher hopped out a few times and did his “swimming” on the support boat.  Who was that American one Donal said did that? 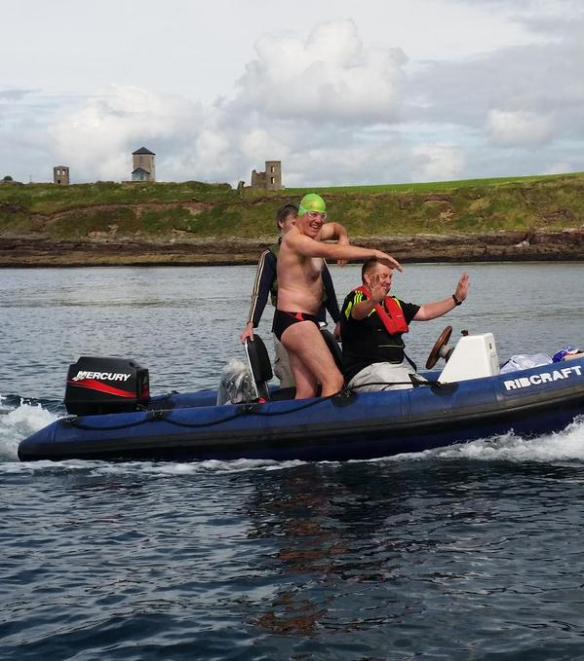 Liam…..Swimming…..Boatman washes his hands of the carry-on.

Right to the finish, the tow rope stayed in place.  Has the man no shame?  Well, maybe a bit…. 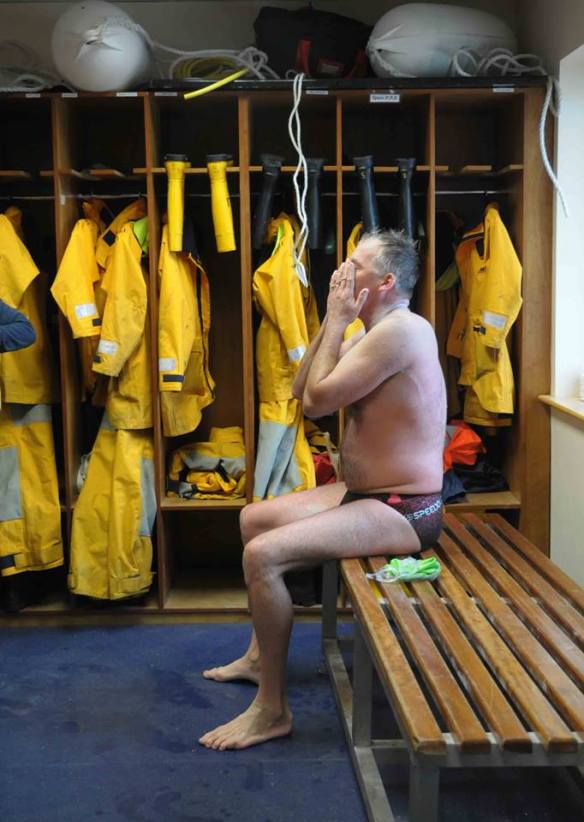 Caught on camera as the enormity of the con he pulled off weighed down even his giant shoulders.

The CFTCOSCAIOPUMIOWS ruling is final.  While representations on behalf of Mr. Maher were heard, the fact that the aggrieved unnamed party was wearing a Myrtleville Hat meant that whatever he said was taken as gospel and nobody listened to Liam.

The Revised Swim Success picture is below. 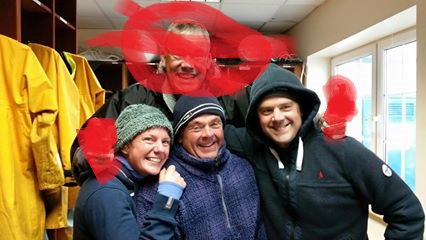