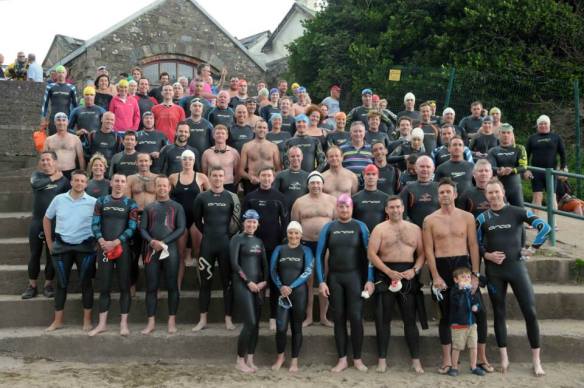 Thanks to Siobhan Russell for capturing the day – we are so lucky to have her involved. All of the photos are online here.

The event went off very successfully and €1,270 was raised for the RNLI.  Our thanks again to all of the volunteers, the RNLI, Coast Guard, Gardaí, Funkytown and many individuals who helped with boats, kayaking, course marking, registration, van loading and – the hard bit – unloading, timekeeping, results preparation etc.  It’s easy to run an event when there are so many willing helpers. 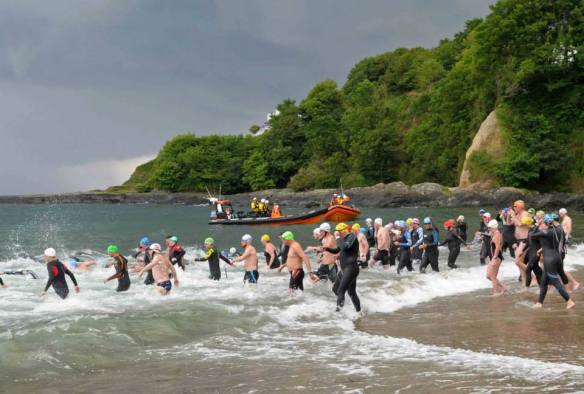 Anne Sheehy sent on a short video of the start, capturing – amongst other things – Liam Maher dancing happily into the water (wasn’t dancing at the end…) and Mr. Craughwell having to be hunted back into the water by the Safety Officer.

98 swimmers started, with 97 completing the course in good swimmable conditions, but certainly not easy.  All finishers were under a very creditable 53 minutes. 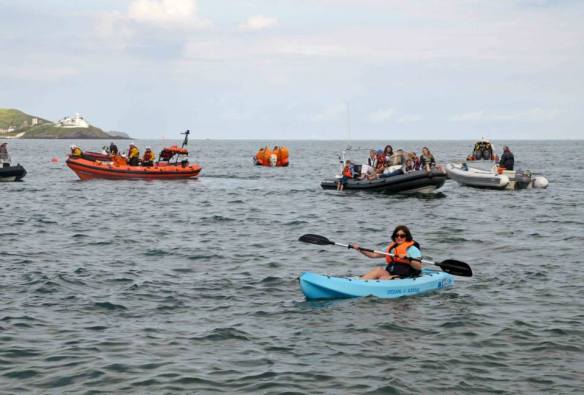 Just some of the Safety Armada waiting for the start.

We had a fantastic race for first place, with Gerard Mangan just pipping Ned Denison by a couple of seconds. 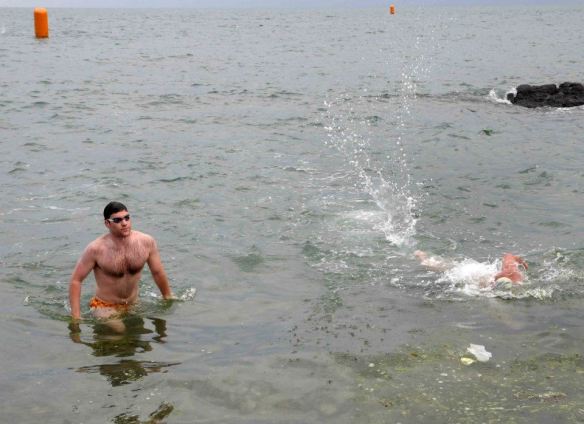 Gerard Mangan just ahead of Ned Denison at the finish. 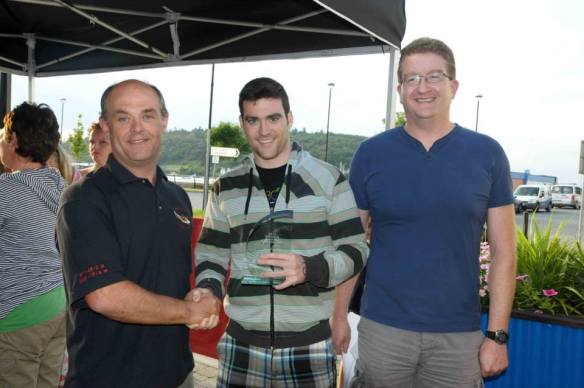 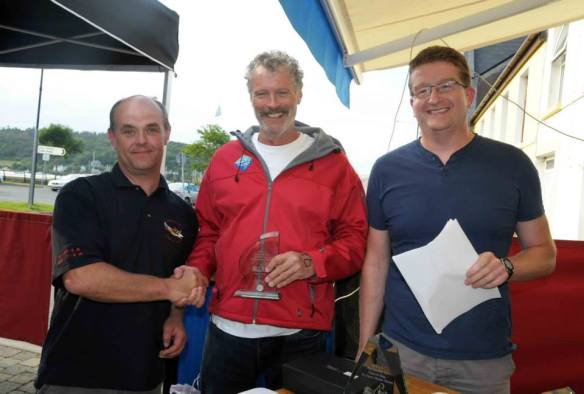 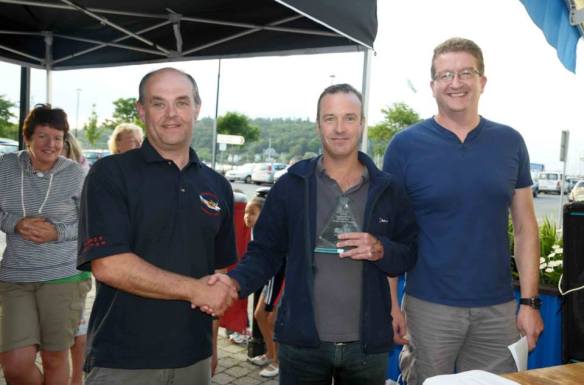 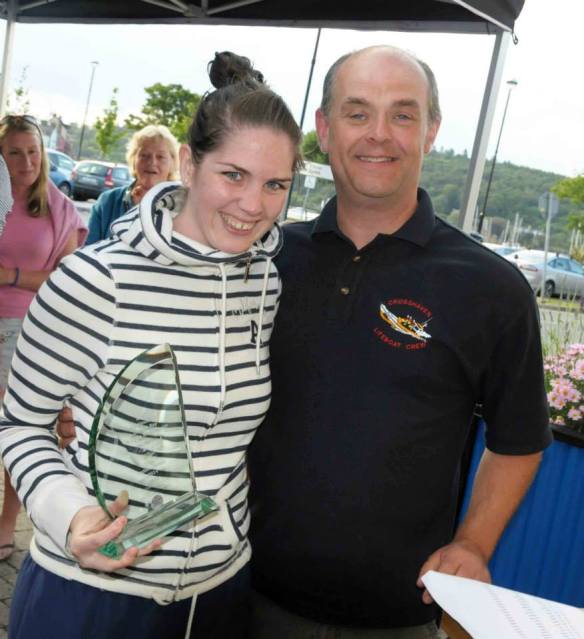 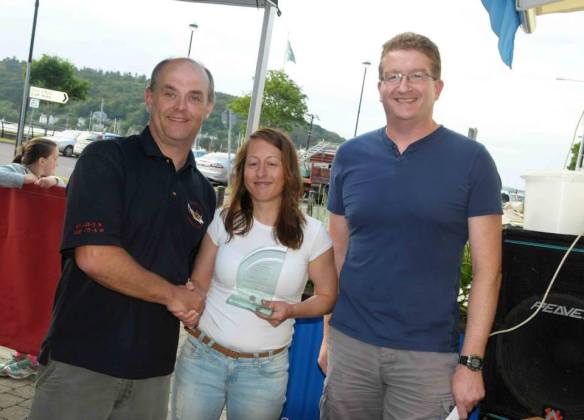 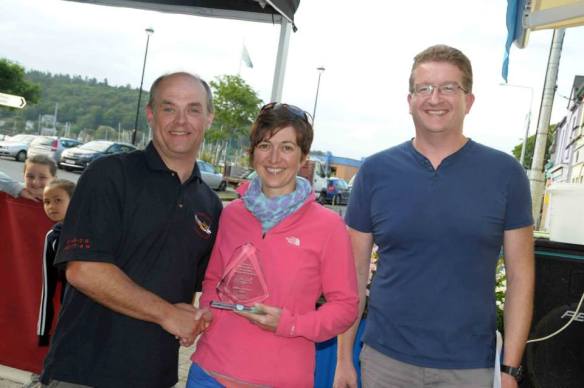 There were fantastic performances right through the field, with personal bests being set and first-time swims completed for many swimmers.  Looking forward to 2015 already!

That’s the official race report completed.  You can expect an alternative view on the event in another post later in the week.  With so many pictures and sub-plots to the day, I hardly know where to begin.